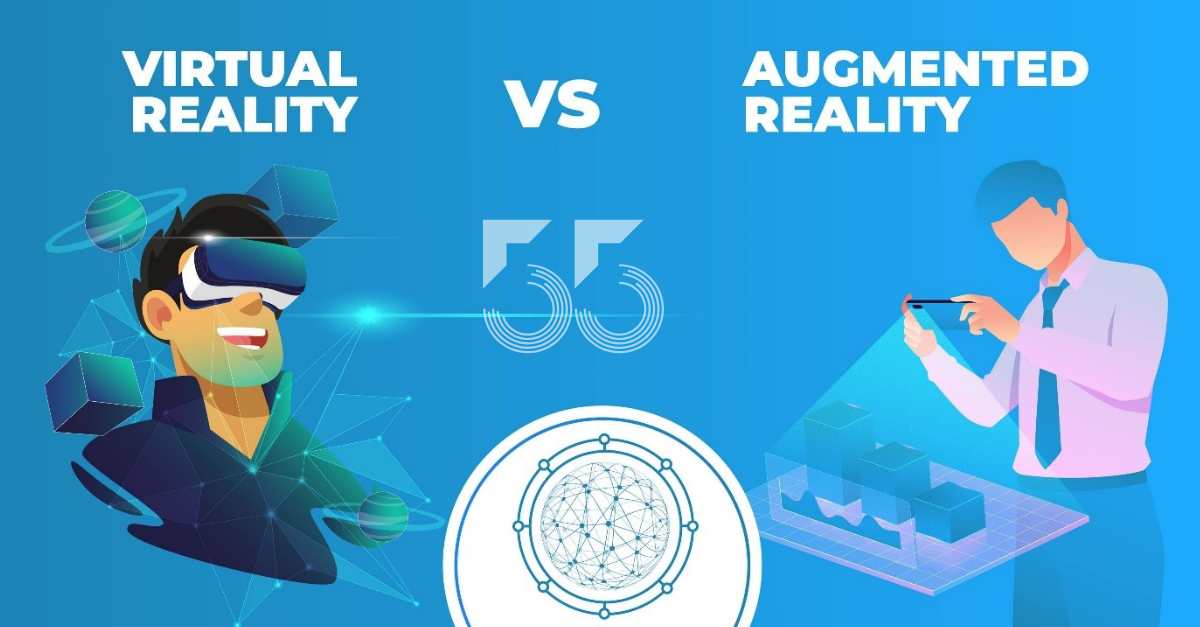 Augmented and Virtual Reality – The Future of gaming, business and much more!!

“Virtual reality” and “augmented reality” are topics of much discussion. They may sound identical, yet thanks to technological advancements, they overlap to some extent. However, these two concepts are completely different from one another and have distinguishing characteristics.

Future uses for virtual reality (VR) and augmented reality (AR) span a variety of industries, including gaming, marketing, e-commerce, and education. Both of these technologies are well known for their improved experiences that merge a virtual and real world with better three-dimensional pictures.

Let’s delve further to comprehend technology and its applications in various sectors.

What is augmented reality?

What is virtual reality?

Virtual reality raises these same components to a new level by producing an entirely computer-generated simulation of an alternative world. The user may have access to just about any image or location they can conceive when using these immersive simulations in conjunction with specialized instruments like computers, sensors, headsets, and gloves.

Differences between AR and VR – Augmented reality versus virtual reality

VR and AR are distinguished from one another by the equipment they require and the variations in the experiences themselves:

In contrast to virtual reality (VR), augmented reality (AR) may be accessed via a smartphone and enhances both the virtual and real worlds.

How can AR and VR transform the gaming industry?

Every aspect of our life has seemed to change swiftly and continuously since the development of technology that prioritizes the demands of the user. Amazingly, AR and VR have spawned a game revolution that was previously unimaginable. The gaming industry has experienced rapid growth in recent years. The primary propellers of the gaming industry’s expansion are smartphone users, who spend the most time playing games on their phones or other new gaming technology. Most people agree that cellphones and modern technology have fundamentally altered the gaming experience.

Gaming that incorporates both auditory and visual components into the user’s environment is referred to as augmented reality (AR gaming). Gaming that uses augmented reality makes use of the surroundings to create a playing field, as opposed to virtual reality, which typically requires a separate room or a limited space to create an immersive atmosphere.

The goal of virtual world immersion has long been a priority for video game producers. Additional developments over time have offered haptic feedback via controls and 360-degree views of increasingly realistic environments. Because they go beyond this and can enthuse the player about the world she is in, whether it be the augmented real-world or a fictional one, these technologies have come to be associated with gaming.

How augmented reality changed the world

The intricacy required for VR and AR to actually captivate a gamer has been realized. With the right tools, manufacturers have achieved an unimaginable breakthrough in providing customers with a flawless and compelling experience. It’s time to discover how groundbreaking projects from AR and VR will transform the gaming business.

Use of AR and VR in business

Thanks to AR and VR, the world and the gaming industry have changed. These technologies help to create a virtual environment that stimulates a player’s actual physical presence in the space by producing a realistic image, sound, and other feelings. Instead of the actual environment, users will find a fully functional virtual one that they may manipulate with their body motion. It therefore shows what a fantastic start AR and VR technology has had. Gamers now have access to a lot more as time goes on.

Previous Post
AI and Ethics: the ethical concerns and promising future!
Next Post
CLOUD RESILIENCE: DID YOU PREDICT THE POSSIBILITY OF DISRUPTIONS TO TECHNOLOGY?